Titanic’s unsinkable Molly Brown and her feminist past

Molly Brown had a life that looks like a movie set. She was born into a humble family of Irish origin who, after a remarriage, emigrated to the United States. She studied until the age of 13, when she started working in a factory. After enduring long working hours, a miserable salary and the abuses of the bosses, he came into contact with the class struggle. However, in history books (and in Sen Enderezo) she is remembered as the unsinkable Molly Brown, survivor of the sinking of the Titanic (1912).

How did the great Molly Brown get rich?

Margaret Tobin Brown (1867-1932), better known as Molly Brown, became a millionaire after marriage. Don’t get the wrong idea, she didn’t «hunt down a husband and get her financial life sorted out».

Her husband Jim was as poor as she was, so much so that he too came from an Irish Catholic family. Good fortune came knocking at the door thanks to a mine.

I will recap it in a few lines:

They celebrate their wedding and say «I do» in the “yes, I do” at Leadville’s Church of the Annunciation in 1866, and the head of the family goes to work in the mining industry. Stumptown is a town that emerges at that time, with the rise of mining, workers from all over the country move to the deposits. There is work for millions of people, although poorly paid and with a strong physical and psychological wear.

Colorado is often snowy in the winter and hot in the summer, but the mining doesn’t stop. In 1891, Molly Brown’s husband signed a contract with the Ibex Company for a position as superintendent of the shafts. They even named a mine after him, «Little Johnny», from which tons of silver came out.

So, is James’ mining salary enough to buy a mansion? No, of course not. After installing a more efficient system to extract the ore, which basically consisted of building strong galleries, they were able to go deeper. They dug relentlessly until they reached an important gold deposit. Is silver more valuable than gold?

Having solved the mystery of the origin of the Brown fortune, I’d like to return to the vindictive side of the real Molly, played by Kathy Bates in Titanic (1997).

When did Molly Brown begin to be an independent and assertive woman?

Before she married at the age of 18, Molly worked in a factory for the Garth Tobacco Company. She experienced firsthand the hard working hours that lasted more than 8 hours. The salary was not enough to help her family, so she decided to move to the mining town of Leadville (Colorado) accompanied by two brothers.

At her workplace, she has a crush on her future husband, J.J. Years later, when they manage to enter American high society, thanks to a millionaire fortune, Molly continues to remember her past. It is not strange considering that she was raised in a Christian, Irish and progressive family.

The millionaire couple wants to enjoy life. They embark on a trip around the world. He wants to retire in Ireland, but she wants to leave.

Have you ever heard that vacations are the time of the year when most couples break up? Well, everything points to the fact that this was already happening in the time of the Browns. Molly discovers that her spouse is unfaithful and they separate in 1909. However, everything was handled in a very civilized way.

She received a check for damages as well as the Denver mansion. In addition, she had a monthly allowance of $700. There were no divorce papers, officially they were still married, but to each his own. Of course, they kept in touch.

From that moment on came the great voyages, activism and a life full of extravagance.

There is a legend that says that after that informal conversation, Molly did not forget the Titanic. She went to a fortune teller to find out if it was safe to board the liner, to which the futurologist replied that she would put herself in danger. This answer seemed funny and crazy to him, to return to his country he had to get on a ship. He bought a small jade talisman and, back in France, booked his ticket for the Titanic.

It is clear that communications in 1912 are not the same as today. She first took a train from Paris to reach Cherbourg station, where a first and second class transformer was waiting to take her to Southampton (the Titanic’s departure point).

Among Molly’s luggage, we highlight three boxes of antiques that she wanted to donate to a Denver museum. But as you know, an iceberg prevented them from reaching their destination.

The voyage of the Titanic

Mrs. Brown settled in cabin E-23, on the E deck on starboard side, although some historians speak of the B area. In the protagonist’s own words, that place held about three people. Before the fatal end of the ship, Molly enjoyed the luxuries of first class: gymnastics classes, dances, baths with massages… And she drank Parisian coffees with the richest people in America and Europe.

What was Molly Brown doing when the Titanic crashed?

At 23:40 on April 14, the unsinkable Molly Brown was reading in bed. She heard a loud noise, but thought nothing of it and continued with her book. More and more voices could be heard, so she decided to leave the cabin and ask what was going on.

In the corridors he only encountered men in pajamas arguing. He went back to bed and continued with the routine, but someone knocked on the door. The room neighbor told her that they should go upstairs to find out what was going on. Molly got dressed and accompanied the man who went to call her, although the walk was of little use because they only heard something rustling. It didn’t seem strange to her, it was late and she wanted to sleep.

On his way to the cabin, he saw several stewards and an officer standing over a brass plate that he later learned was a system for manually closing the doors on F Deck. In his biography he states that in those first few minutes no one was nervous. They were ordered to find a life jacket, although few took it seriously.

Brown arrived on the boat deck with other women and assisted in the evacuation. Robert Hichens was in charge of this small boat, a man who took off his life jacket because he would rather die faster than wait for hours in the cold waters of the North Atlantic. The same man who refused to return to help other passengers, even though they had plenty of room.

Most of the people traveling with Molly were women, about twenty, and only six men. Brown and Helen Churchill Candee, a journalist and feminist, demanded to return to the area where the Titanic sank to assist more people. Hichens would not listen to them. Other witnesses said he commandeered blankets, constantly repeated «we are doomed» and confiscated a bottle of alcohol. Such was the arrogance of this gentleman that he threatened to throw anyone who did not obey into the water.

At 4:30 on April 15, 1912, Boat 6 saw the lights of the RMS Carpathia. The swell and scattering of Titanic’s boats meant that Brown did not leave the ship until 6:00. Back on the Carpathia, he tried to make himself useful.

In New York she was received as a heroine. A journalist asked her how she managed to survive, to which she replied with the perfect phrase: «It’s the luck of the Browns, we are unsinkable«.

After the collapse of the Titanic

The activism of the unsinkable Molly Brown

As a Titanic survivor, millionaire Brown became a celebrity. Everyone recognized her and she wanted to dedicate herself to others. She listened to the petitions of striking women who demanded equal rights with men, and when she met them, she became involved in the suffragette movement in the United States.

Before the outbreak of World War I (1914-1918), he supported the striking Ludlow miners. His work consisted of participating in popular dinners that raised money for families in the city. Denver was hit by the mining crisis and the landscape was flooded with shantytowns, the former mine workers living in extreme poverty.

Why did Brown join the mining struggle? The miners’ wives wrote her letters asking for her collaboration. They knew Molly knew the industry well, as her family made a living from it before she became a millionaire. The letter was eventually published in The Times of Denver.

Their demands were rejected and violence ensued. Many strikers were killed. The Ludlow massacre also affected women and children. Finally, there was an agreement between the mining companies and the workers.

Before surviving the sinking of the Titanic, Molly Brown was a member of the National American Woman Suffrage Association and helped establish centers in Colorado. Simultaneously, she attended Denver Woman’s Club meetings where they discussed equal education.

The woman who stars in this week’s article needs a saga. It is very difficult to summarize her experiences in a single film: a self-made millionaire, separated, Titanic survivor and suffragette. We have no doubt that Molly Brown did everything, including naming an attraction at Disneyland Paris.

Other articles on U.S. herstory – in Spanish

On Sen Enderezo’s website you can read many articles about feminism and American herstory. Check out the titles: the Texas anti-slavery movement, the best feminist books in America, NASA’s first astronauts…

More feminist articles from the USA 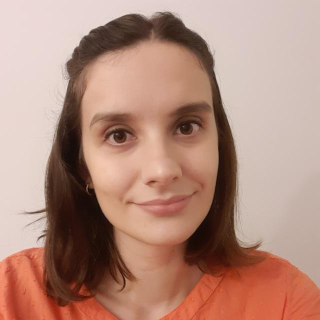